Teeing Off: A Beginners Guide to Golf 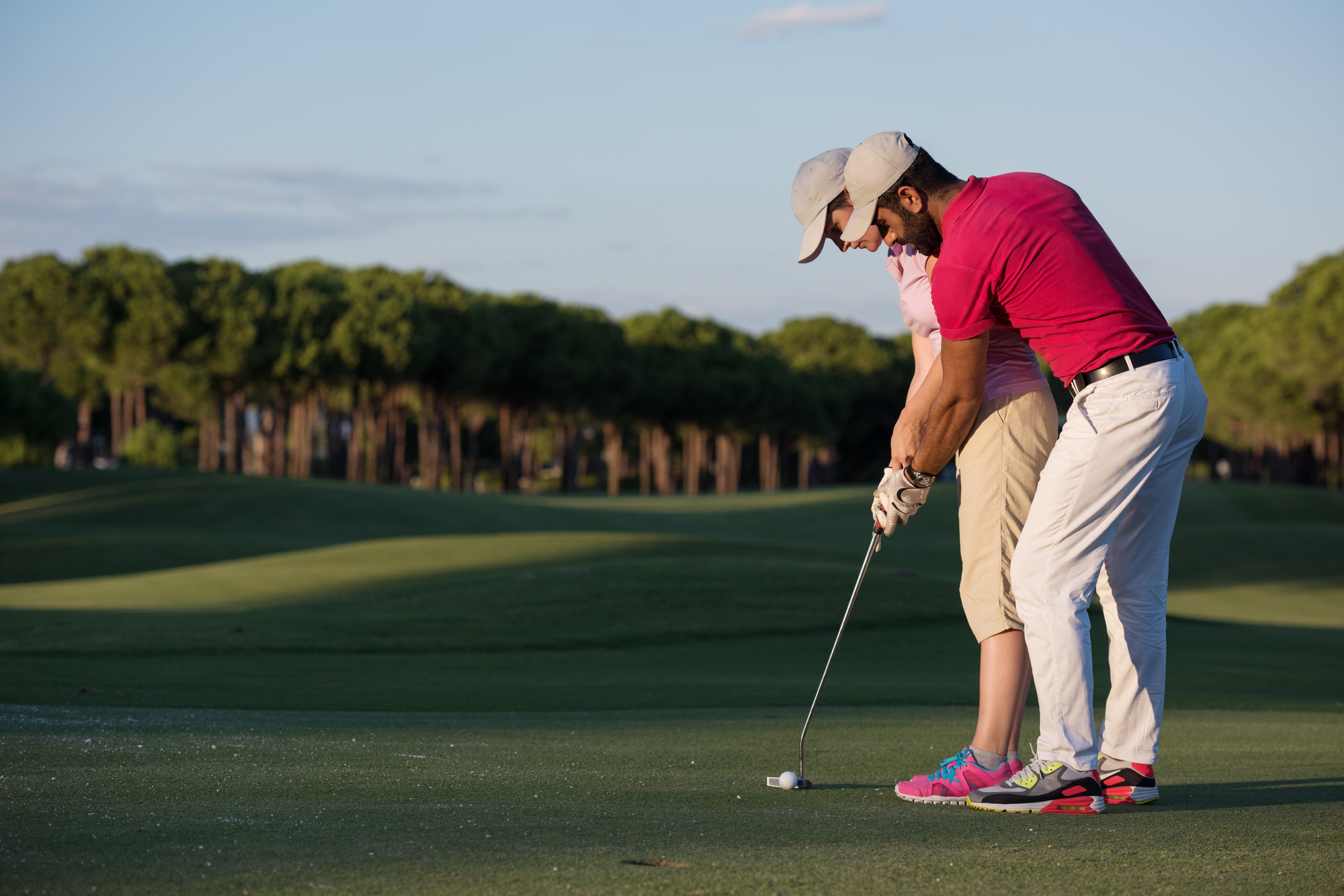 If you're thinking about taking up gold, you need to brush up on what golf really is.

In premise, golf is a simple game in which your goal is to get the ball in each of the 18 holes on a course in the fewest attempts (strokes) possible.

However, that's not all. And in this beginner's guide to golf, we will cover everything in a little bit more depth.

The Game of Golf

We won't mention the history of golf, for that is something you can discover on your own. But we shall do is start at the beginning, and the beginning being the course upon which this game is played.

A golf course has either 9 or 18 holes. Major tournaments almost exclusively use the 18-hole courses. A golf course has a smooth grass surface that is tailored and manicured to standards. Each of the 18 holes has its own difficulty and comes with its own set of challenges.

The idea of the game of golf is to get a ball in each of the holes in the fewest strokes attempted. The golfer tees off at each hole compound with the aim of getting their ball as close as possible to the putting green (as close to the hole as possible).

In the game of golf, you will hear the term par quite a bit, and whether or not a player is over or under it. Under par is a good thing, whereas over par is the opposite.

The most common par for any given hole is three, which means that a player has to get his ball in the hole from the teeing point in just three strokes. However, the par for each hole varies and can be two, four, sometimes five.

The lower your score throughout the game the better.

It's also worth mentioning the specific terms which resemble the scoring structure in golf. The ones mentioned earlier are the most important, those being under or over par in a numeric value. However, these ones below are just as valuable when playing at a higher level.

And that's about it. Now let's move on to the penalties in golf, which there are plenty of.

As one would expect in any game of sport, there are penalties in golf. And unless you've been paying close attention to them, they can get quite overwhelming.

So let's take a look at this beginner's guide to golf penalties.

This is a two-stroke penalty, so the stroke you hit + one penalty stroke. You play the ball from your last shot point. This penalty occurs when your ball goes out of bounds.

2-stroke penalty (the stroke you hit plus one penalty stroke). Play the ball from your last shot point

In this penalty, each time that you swing the ball it counts. This is called an air shot, meaning every time you swing but don't hit the ball, that's a whiff. An attempt is an attempt.

This is a single-stroke penalty. As the title suggests, if the ball is unplayable, it's an unplayable lie. You place the ball within two lengths of a club from the original spot, not in direction of the hole.

You can choose to drop the ball as far back as you want, keeping the original spot between the hole and you, or return to the point from which you hit previously.

This is also a single-stroke penalty. You play the ball from the original position. You also play from as close as possible to the spot from which you shot previously.

Or you can choose to drop the ball behind the hazard, keeping the point at which the ball crossed the margin of the hazard between the drop spot and the hold, with no limit as to how far behind the war you can drop it.

Another single-stroke penalty. You play the ball from the original position. You place the ball outside the hazard within two lengths of a club from where the ball last crossed the margin of the hazard, but not in direction of the hole.

You play the ball as it lies without grounding the club, in which you get no penalty.

There are other particulars regarding penalties, but those are the only ones worth mentioning. Now let's take a look at gear.

One of the most favorite parts of golf for most is the equipment. Most notably, each golfer has his own set of clubs. To the average Joe, they might seem like a bag of sticks, but each club is different and serves its own purpose.

When it comes to clubs, there are three distinct types: putters, irons, and woods. However, there are also hybrid clubs.

The majority of balls in golf are white, but some are colored. They are covered in pockmarks, which make them fly through the air faster and straighter.

At the start of each hole, a golfer will use a tee. The tee is the small pin that sticks into the ground to keep the ball at a certain height without motion. It cannot be used anywhere else, but only upon the teeing ground of each respective hole.

In golf, a player only wears a single glove to improve grip and prevent blisters from the lance of the club. The last thing you want is for the club to swing out of your hands and hit somebody.

Another thing to mention is the trousers, as they are an important part of the unrestricted mobilized movement for that full swing.

And that sums up our beginner's guide to playing golf, so get your gear together, your mind prepared, and get on the grass.

The Golf Club for You

Now that you have read through this beginner's guide to golf, you have finally brushed up on your rules, penalties, gear, and other faculties of the experience. Golf is the kind of game that you want to get right because it is a game of standard after all.

If you're interested in joining our Verandah golf club in Fort Myers, get in touch with us now and we will happily accommodate your needs.